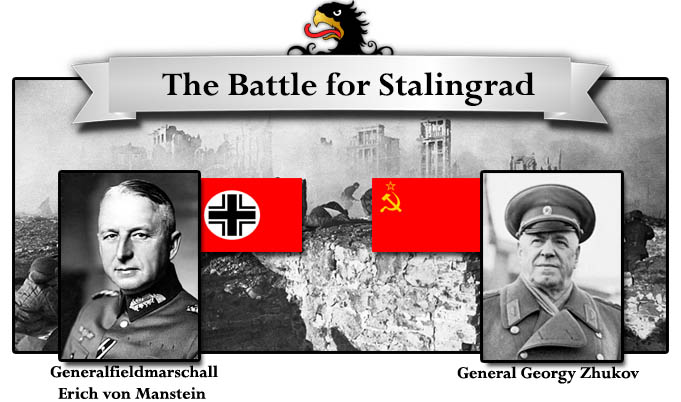 In late November 1942, the Red Army completed Operation Uranus, encircling some 300,000 Axis personnel in and around the city of Stalingrad. German forces within the Stalingrad pocket and directly outside were reorganized under Army Group Don, under the command of Generalfeldmarschall Erich von Manstein. 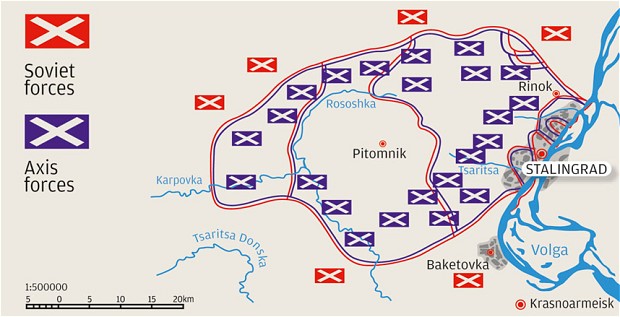 Meanwhile, the Red Army continued to allocate as many resources as possible to the eventual launch of the planned Operation Saturn, which aimed to isolate Army Group A from the rest of the German Army. To remedy the situation, the Luftwaffe attempted to supply German forces in Stalingrad through an air bridge. When the Luftwaffe proved incapable of carrying out its mission and it became obvious that a successful breakout could occur only if launched as early as possible, Manstein decided on a relief effort. 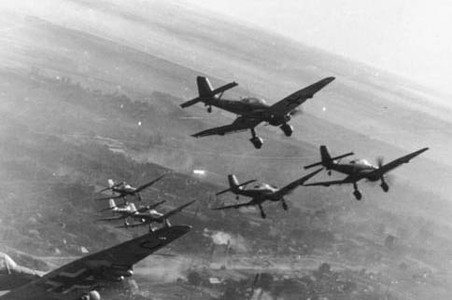 The Junkers Ju 87 or Stuka (fromSturzkampfflugzeug, "dive bomber") was a two-man (pilot and rear gunner)German dive bomber and ground-attack aircraft.
The Luftwaffe retained air superiority into November and Soviet daytime aerial resistance was nonexistent. However, the combination of constant air support operations on the German side and the Soviet surrender of the daytime skies began to affect the strategic balance in the air. After flying 20,000 individual sorties, the Luftwaffe's original strength of 1,600 serviceable aircraft had fallen to 950. The Kampfwaffe (bomber force) had been hardest hit, having only 232 out of a force of 480 left. The VVS remained qualitatively inferior, but by the time of the Soviet counter-offensive, the VVS had reached numerical superiority. 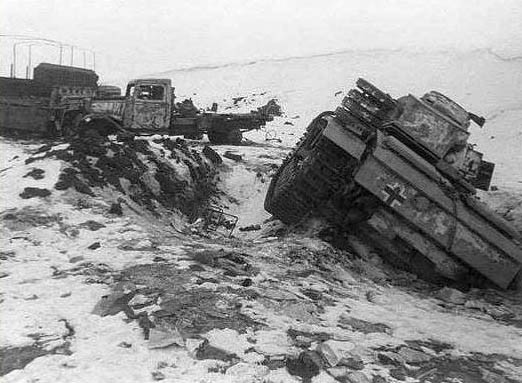 Originally, Manstein was promised four panzer divisions. Due to German reluctance to weaken certain sectors by redeploying German units, the task of opening a corridor to the German 6th Army fell to the 4th Panzer Army. The German force was pitted against several Soviet armies tasked with the destruction of the encircled German forces and their offensive around the lower Chir River.
The German offensive caught the Red Army by surprise and made large gains on the first day. The spearhead forces enjoyed air support and were able to defeat counterattacks by Soviet troops. By 13 December, Soviet resistance slowed the German advance considerably. Although German forces took the area surrounding Verkhne-Kumskiy, the Red Army launched Operation Little Saturn on 16 December. Operation Little Saturn defeated the Italian 8th Army on Army Group Don's left flank, threatening the survival of Manstein's entire group of forces.

As resistance and casualties increased, Manstein appealed to Hitler and to the commander of the German 6th Army, General Friedrich Paulus, to begin the 6th Army's breakout; both refused. The 4th Panzer Army continued its attempt to open a corridor to the 6th Army on 18–19 December, but was unable to do so without the aid of forces inside the Stalingrad pocket. Manstein was forced to call off the assault on 23 December and by Christmas Eve the 4th Panzer Army began to withdraw to its starting position. Due to the failure of the 6th Army to breakout and the attempt to break the Soviet encirclement, the Red Army was able to continue the destruction of German forces in Stalingrad. 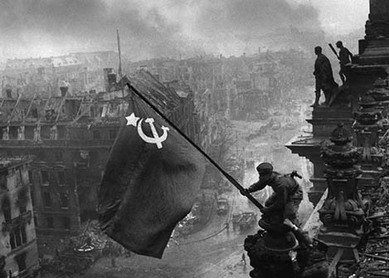 Soviet losses in the Stalingrad area during the battle numbered around 478,741 killed and 650,878 wounded. In addition, as many as 40,000 civilians were killed.The turning point of the war on the Eastern Front, the weeks after Stalingrad saw the Red Army launch eight winter offensives across the Don River basin. These helped further compel Army Group A to withdraw from the Caucasus and ended the threat to the oil fields. 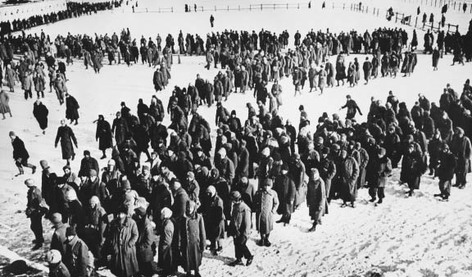